By looking back at pictures from the last few months I think I’m starting to realize why so many people have mistaken us for hippies – but in  fact we´re gypsies – there is a difference!!!´I shave my legs and beard sometimes…

While we had learned to overcome far too many adversities, and managed to keep the boat afloat (just),
I think the sea air finally started getting to us!

Still the ocean lured us on to new adventures. You´d imagine that there is a limit to the amount of beautiful places a person can visit in their lifetime, but each island group of the Pacific proved that wrong! 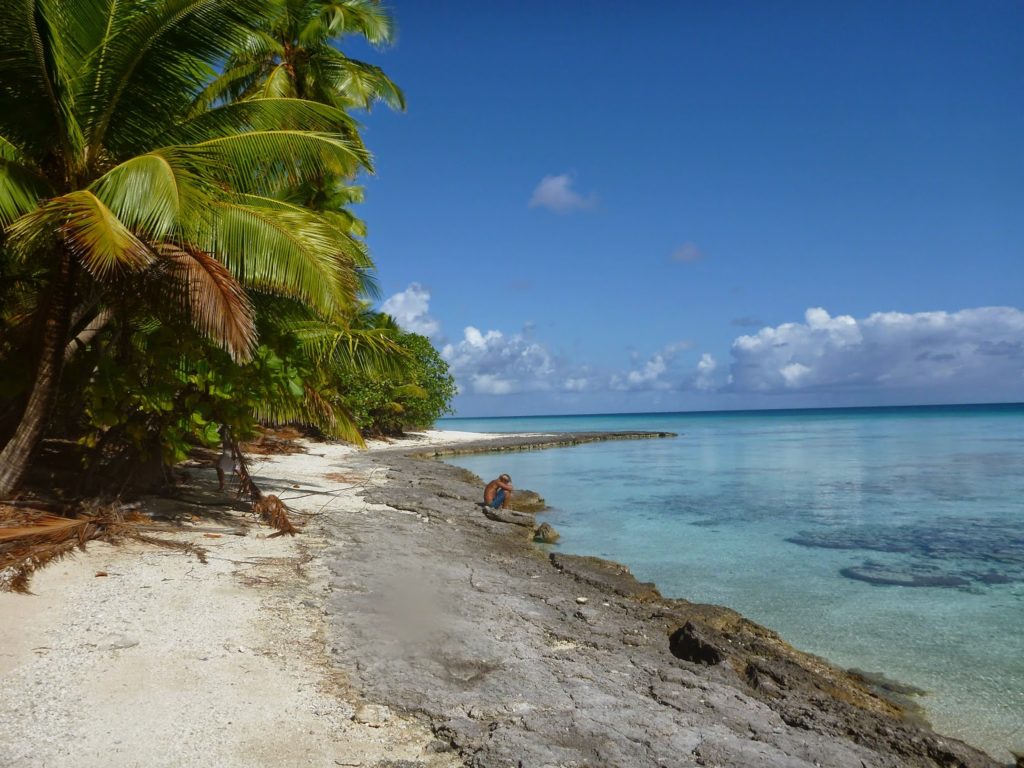 Tahiti was the exception, but at least there were other things to get us through:
Tahiti was full of good people

Good food:
There was good beer (Albeit crazy expensive)

No, Tahiti was not nearly as nice as the rest of the Pacific, but it was an important stop.
Like so many others who have completed the 3600 mile landless ocean crossing, it’s a bit of a shock coming to actual civilization. And for those who have had troubles on the way – either with the boat or worse, with the crew- its the first place you can dump either and I’m not going to pretend like we weren’t thinking of leaving Yoldia behind….
The captain was getting tired of sailing

And the first mate was getting scared of it

But the more we spoke to other yachties, the more we believed we could and should carry on

And so the four of us continued into the unknown.

This time we were fortunate enough to have all our rigging, propane, and four helmsmen!

We did have a few minor problems (Shackles disappearing, halyards coming loose, sails getting ripped…) but this was all easily solved with duct tape, WD40 and fishing line – what more could you possibly need??

It took only 11 days days before we saw land again and the boys were stoked!

But with the sun setting, we heaved to and enjoyed a kask (Vodka and coffee) or few while we waited for the morning light.
We’re glad we waited too because the channel was the narrowest and shallowest yet!!

After licking land hello and meeting several friendly and bizarre immigration officers, we ventured off to explore

There had been far too many run ins with mangy mutts, so Karl was happy enough to find that there were no dogs at all on the island. They were banished after one of them ate a kings child back in a decade long gone

The other amazing thing about Aittutaki was their primary belief in the wrongness of Sunday flights. 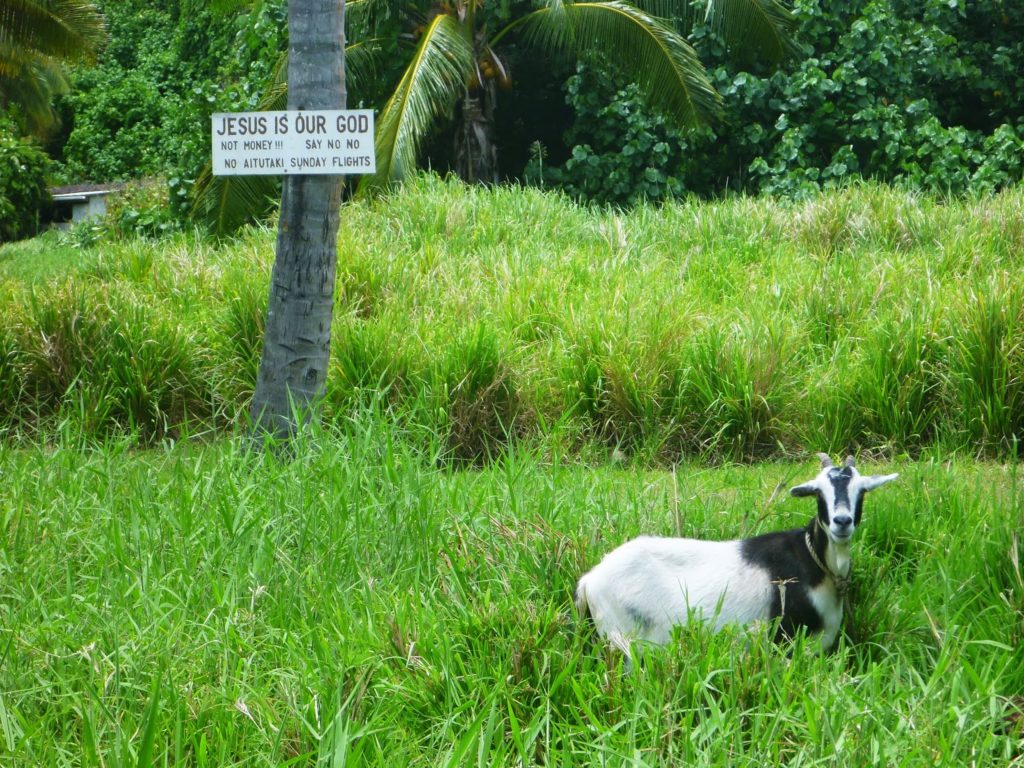 And while we could understand some of their non communicable diseases, we’re still trying to work out how physical activity can be bad for you.

The island was full of other beautiful surprises too 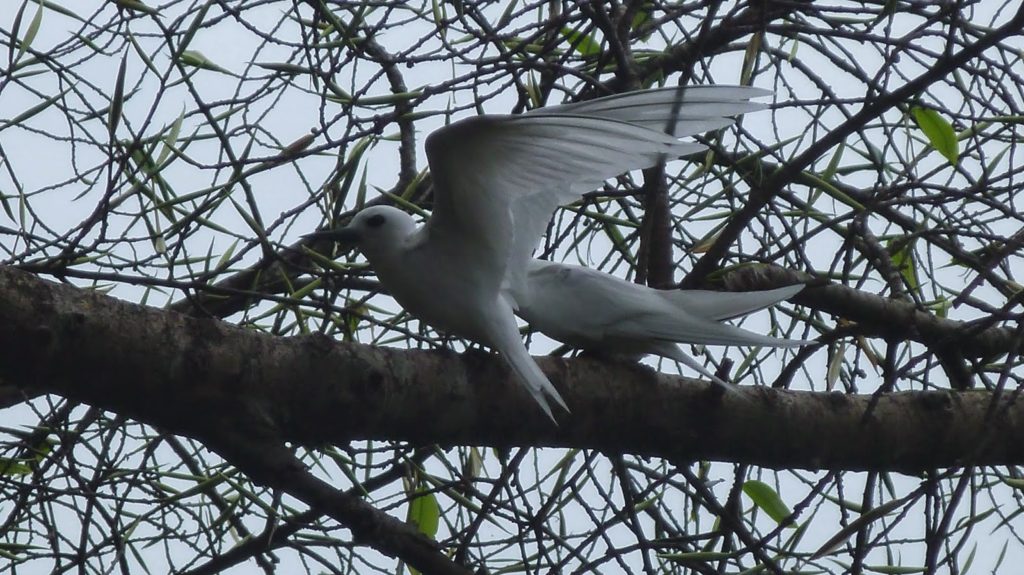 Apart from the $64 pp departure tax, it was a great visit and we were sad to leave.
But the ocean was kind to us once more

And while our diets got better, our hairstyles got worser.

The islands got closer together and it took only six days (7 vomits) of sailing to get to Niue and only three days to check in after arrival.

Duty free liquor was available too and the boys made the most of it.

We enjoyed other things about Niue too, even with the no nudity rules.

After our first few days, the seas turned crazy and, unable to dinghy back, we were forced to spend nights ashore – the first since October last year – man is it weird sleeping on solid ground!
While we were the only yacht about (apart from the one just confiscated after the owner was deported to the states for kidnapping his own son) we may have been a little too close to the supply ship that suddenly arrived in the middle of the night….
With the hurricane season upon us we had yet another serious crew meeting. The boat needed a rest, some paint, some waterproofing and some serious TLC. The crew were all tired of being mistaken as hippies. They needed showers, clean cloths and a psychiatrist or two.
And so it was decided that Tonga would be the last destination for this year.
We set the sails one last time and ventured off into the abyss. 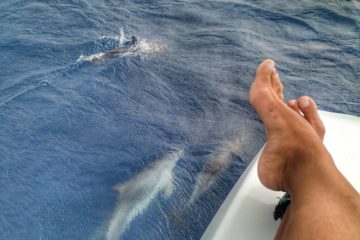 So, you’re thinking of travelling the US in 2020? But you don’t quite have the funds needed to enjoy your dream vacation? …Or no funds at all… No problem! Here’s my alternative guide to travelling Read more…