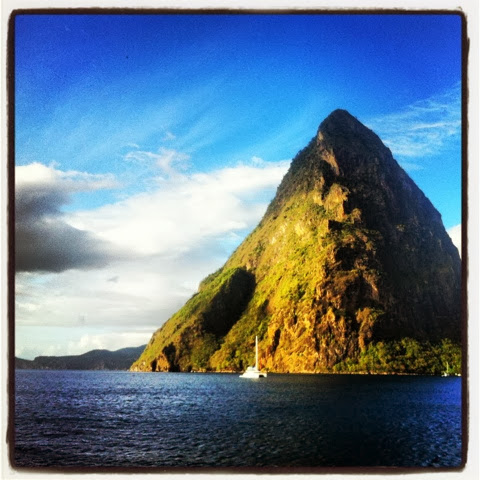 After putting it off for four or fourteen or maybe even a few more days than that; I’m proud to announce I’ve finally had a shower… I think the whole of the Caribbean and all the countries downwind of us are rejoicing…
With the fresh comes the new. Yes, clean sheets, maybe even a clean t- shirt…yes, I’m going all out on this one! And that’s not even getting started on the new crew and new countriness of the present… 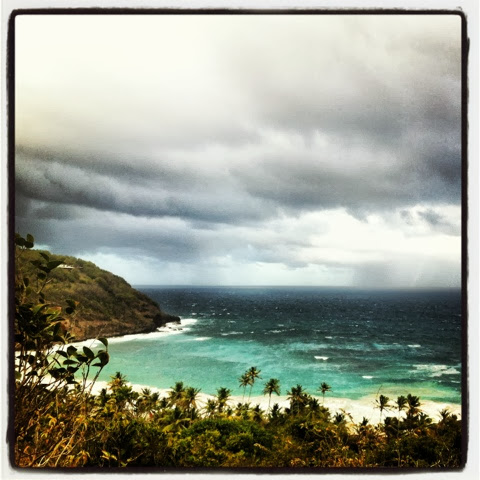 (Mayreau, Saint Vincent and the Grenadines) 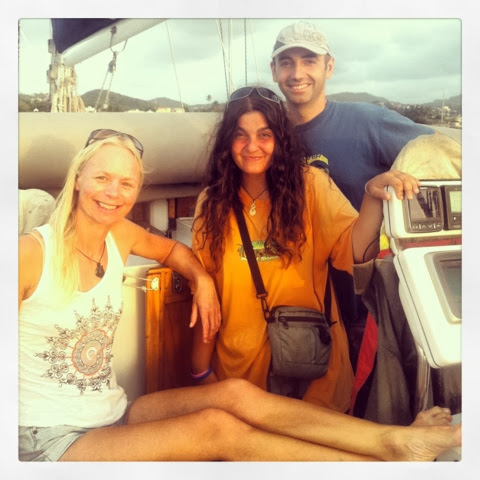 There’s katrin, a German biologist who was rather surprised to find saurkraut in the fridge (so were we… I really ought to clean it out some day). She swears she doesn’t own lederhosen but I don’t believe a word of it. 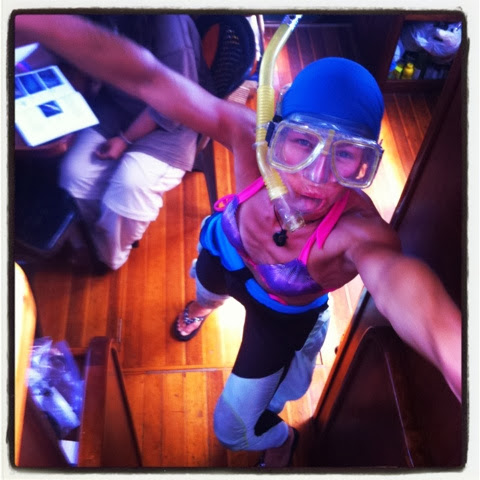 Then there’s the Bulgarians whose staple diet is bread and oil (slightly more of the latter) They don’t believe in sleeping indoors or flying or the evilness of cockroaches. Their favouritest pass times are doing dishes, hitch hiking and repacking their backpacks.  In that order. 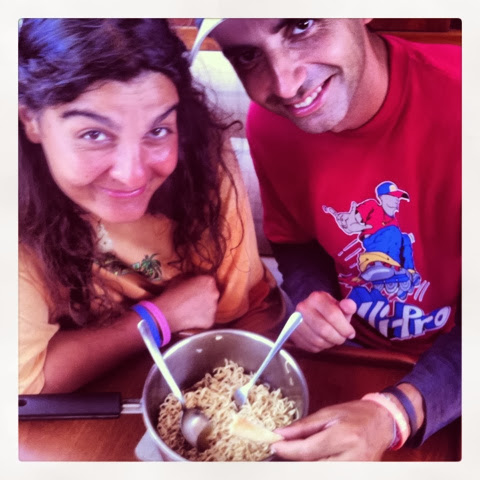 (In this picture we are trying to introduce Terry and Ivan to new food groups, like instant noodles)

Including Captain Kirk and Teddy and myself (Ewa’s gone home to get a new passport), fiddler has the biggest and most diverse crew ever [in my existence of being aboad]… But still no drinking buddies. Sigh. 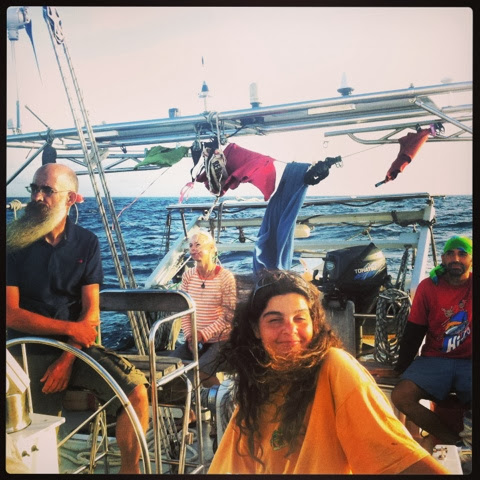 So fiddler probably spent too much time in Saint Lucia. When we finally set sail for the grenadines, the propeller clung to the mooring ball so tight that we ended up taking it with us. Fortunately the marine park ranger was nice enough to let us off in exchange for my hand in marriage. 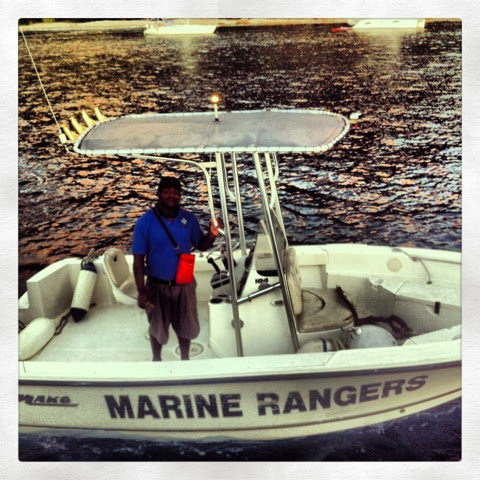 Saint Vincent and the Grenadines were beautifully blue, scattered with smiley friendly locals and lickable turtles and iguanas and many a kayak and dive and snorkel and hike… It was so amazing that even fiddler lifted her own anchor and went exploring on her own (fortunately we returned just before she hit the cliffs) 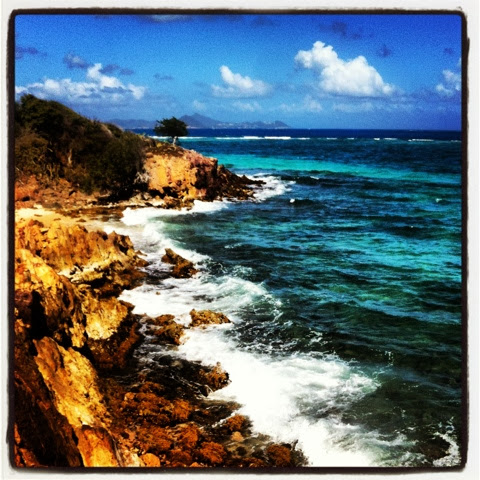 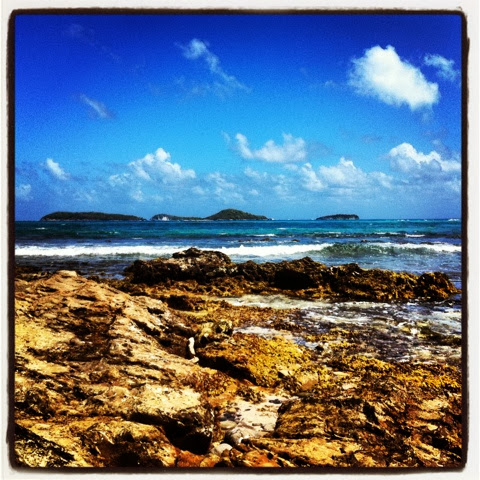 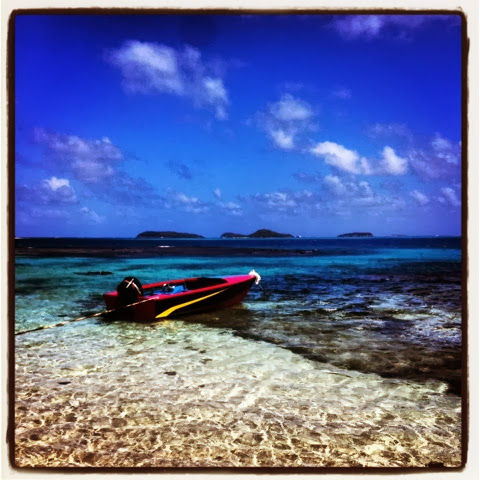 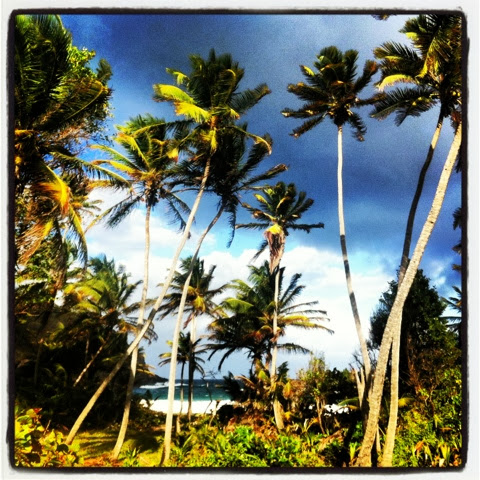 It was sad to say goodbye this morning, but it had to be done. We had Greneda to visit and a carnival in Trinidad to make… Fiddler disagreed again and clung to the soil relentlessly until finally the anchor pulled free bringing up a bucket. 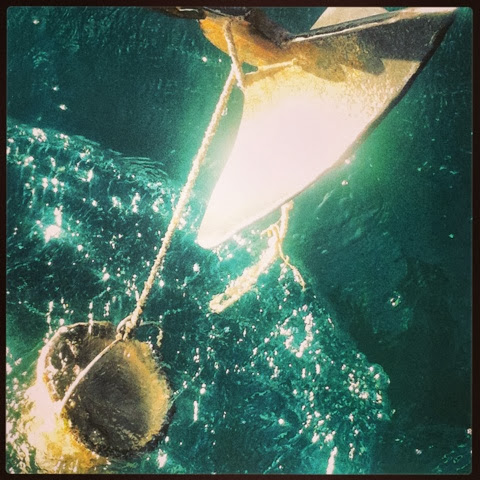 I’m particularly excited about Grenada and have reason to be too. When the captain checked us in this morning, he told the tourism department that I was the one who needed convincing on the duration of our stay. So, after meeting half of Denmark on the boat next door, playing dinghy taxi to some stranded Germans, helping a South African load his boat, and discussing the benefits of being a dutchie with a Netherlandish skipper, I finally made it ashore… The tourism department cornered me immediately. After teaching me the local bum wiggle, they took me through their hit charts, pictures, videos and excessively low crime statistics in a ploy to convince me to pick their carnival over Trinidad’s… 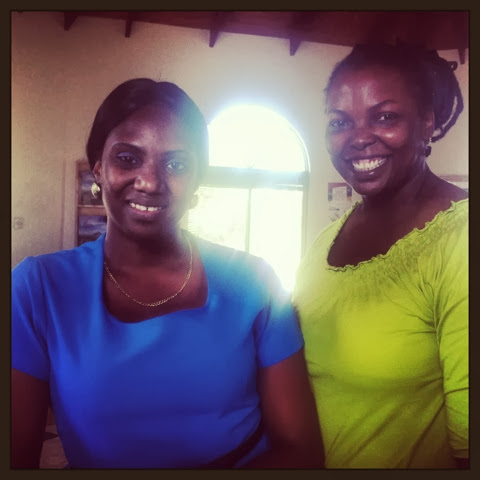 I’ve yet to see or do anything here (because every time I turn around there’s someone new to talk to) but this place has something awesome about it. Something new. And [swishing noises as we drift back to the present] like I was saying, new is good.
It’s easy to play life safe and be content in our comfort zones, but life’s too short for mediocrity… And we should constantly be pushing for new levels of epicness. And even though its hard to say goodbye to the old, and the new is normally daunting, you never know what crazy adventure is just around the next bend. 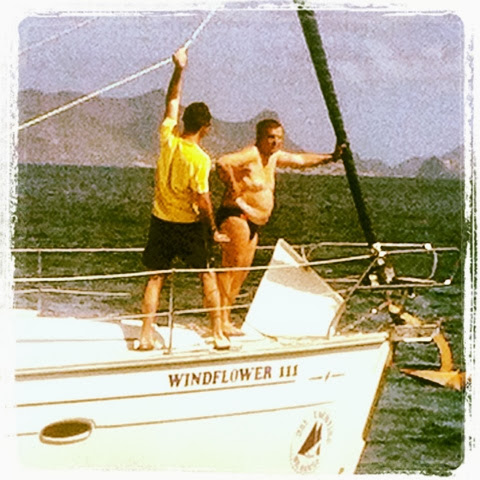 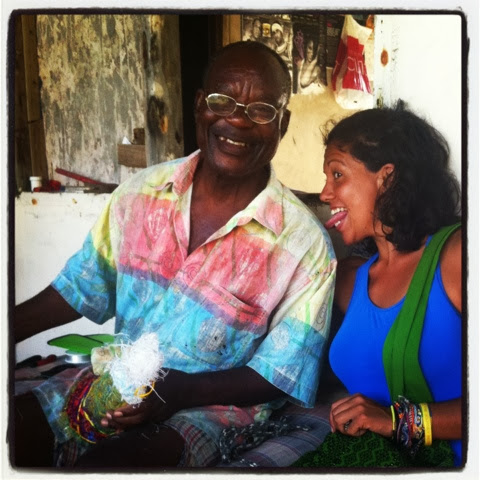 New is good. (Or at least I think it is) 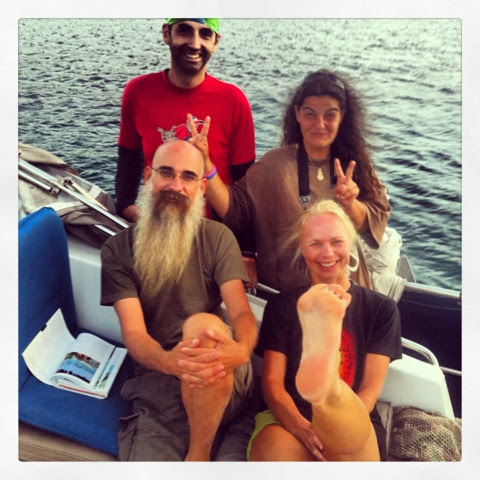