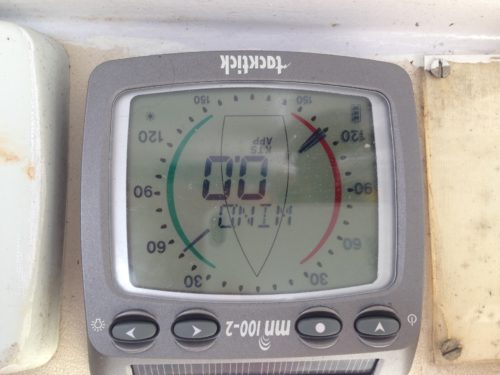 At the strike of midnight, after a tasty slice of homemade lemon meringue to celebrate Gildas’, the captain, birth; we were off.
With a two-meter draft, we needed the highest tide.

I’d only briefly met the Frenchman and Belgian Gilles before departure but,
as has been my fortune on so many unplanned adventures,
they consisted of great vibes and geniality that built the perfect foundation for epic.

The first wrong port. We may have been in Freeport, but it definitely was not a free port!!!

The third crew member’s flight had been cancelled and he now planned to meet us in Freeport.
After a 75-mile sail, a few wrong ports, and a great deal of laughing,
we tied up at Grand Bahama Yacht Club, found Leandre, immigration, diesel and supplies
(Mostly 75% discounted borderline-expired produce after a very amicable conversation with the manager).
And we were off to Bermuda! 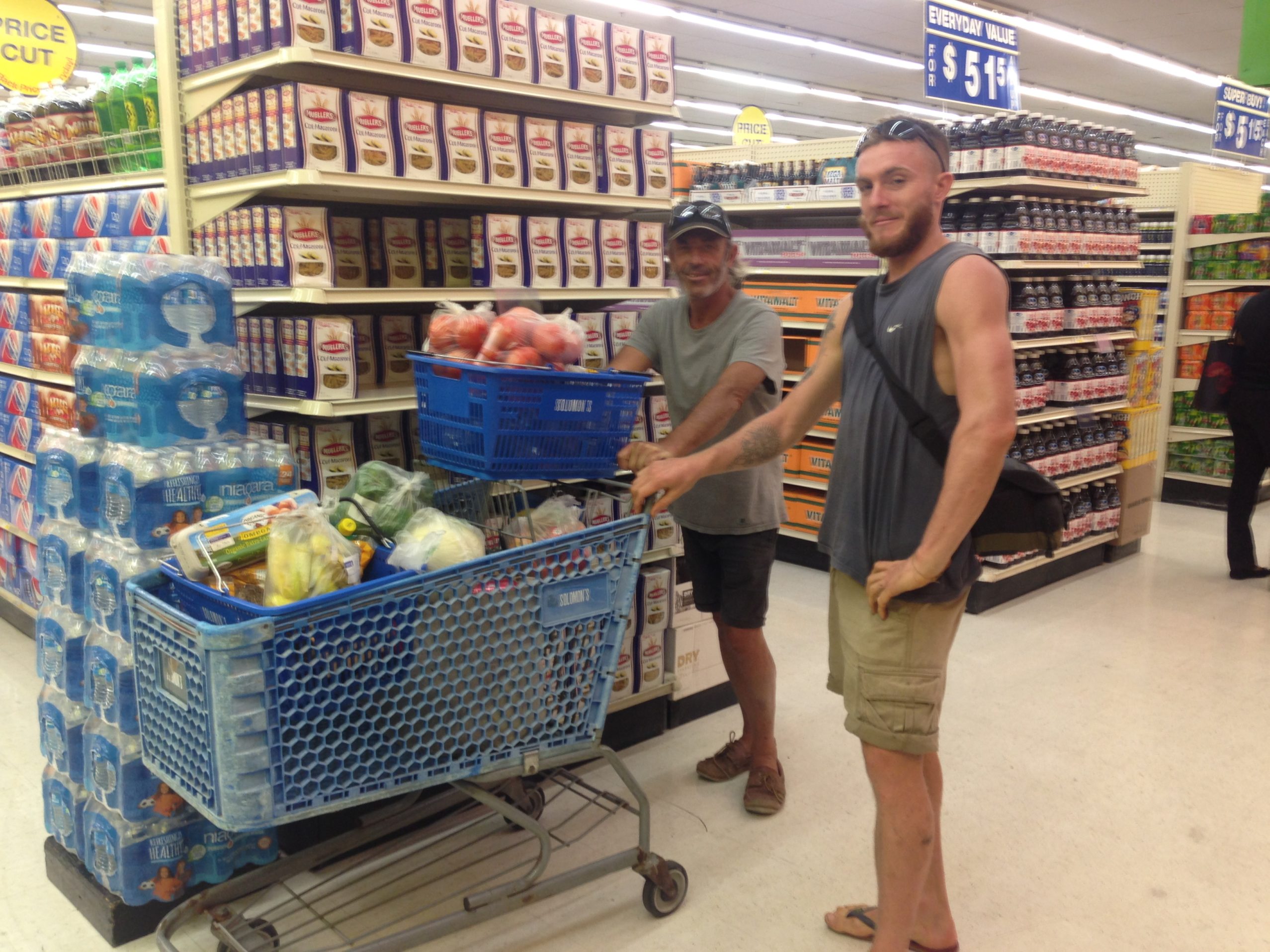 For four people who scarcely knew each other prior to departure,
it’s astounding how well, without needing to discuss practicalities,
life aboard this Big Bear (I still can’t say “Grande Ourse” correctly) has flowed.
Hand-steering watches, galley duties, sail adjustments, and chill have all been taken in stride.
(Or at least I think they have, I still don’t speak French. Or Spanish.)

We would quite happily have bobbed along at the mercy of the windless ocean,
Except that we have a rendezvous with new crew member, Sophie, in Bermuda on the 11th.
And we’d forgotten to tell her we may be late…

On the flip side, we would have motored, but it soon became apparent that while we had ample diesel aboard, we lacked engine oil and the former was void without the latter.
Sophie would have to wait. 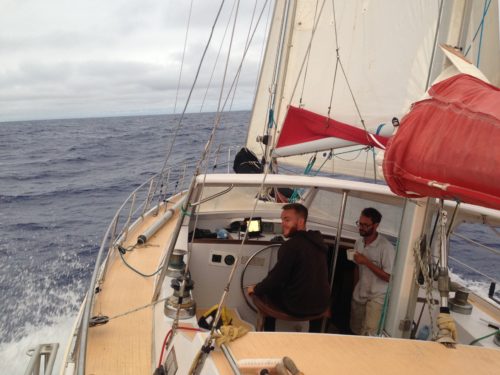 On day five we radioed a passing cargo ship and asked them to relay a message about our delays.
And later we tried to gain weather forecasts in the same manner for our pre-obtained predictions were far from accurate.
It’s not so easy asking cargo ships where we might find good wind.
Day six had a ship tell us it was only a hundred miles away (back where we’d come from.)

Which brings me back to the one-week mark.
The captain beckoned and handed me the VHF.
This morning we were asking for oil.
“Arsos Arsos Arsos” I called. And they obliged.
In a perfectly orchestrated manoeuvre, they lowered a canaster into the water and we swooped in to collect.
3 liters of 15/40 would change our lives.

And to make the morning even more notable, an orca swam by to cheer us on
Our spirits soared!

With every whisper of wind we’ve pushed onwards,
attempting every sail combination [and some new ones] aboard the ketch.
The motor has done it’s fair share of work.
Between watches we’ve busied ourselves with reading and writing and laughing and conversing, dancing, and singing, baking and fishing.
With only 84 miles to go it’s gone all too quickly.
Land that seemed so far away is now freakishly close! 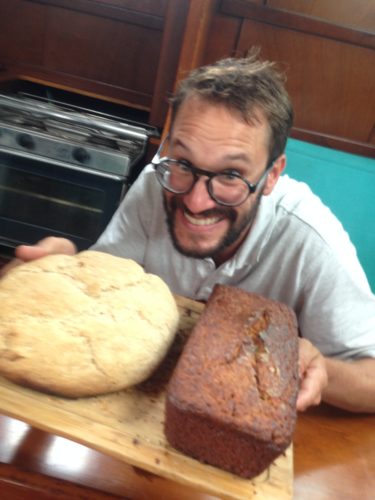 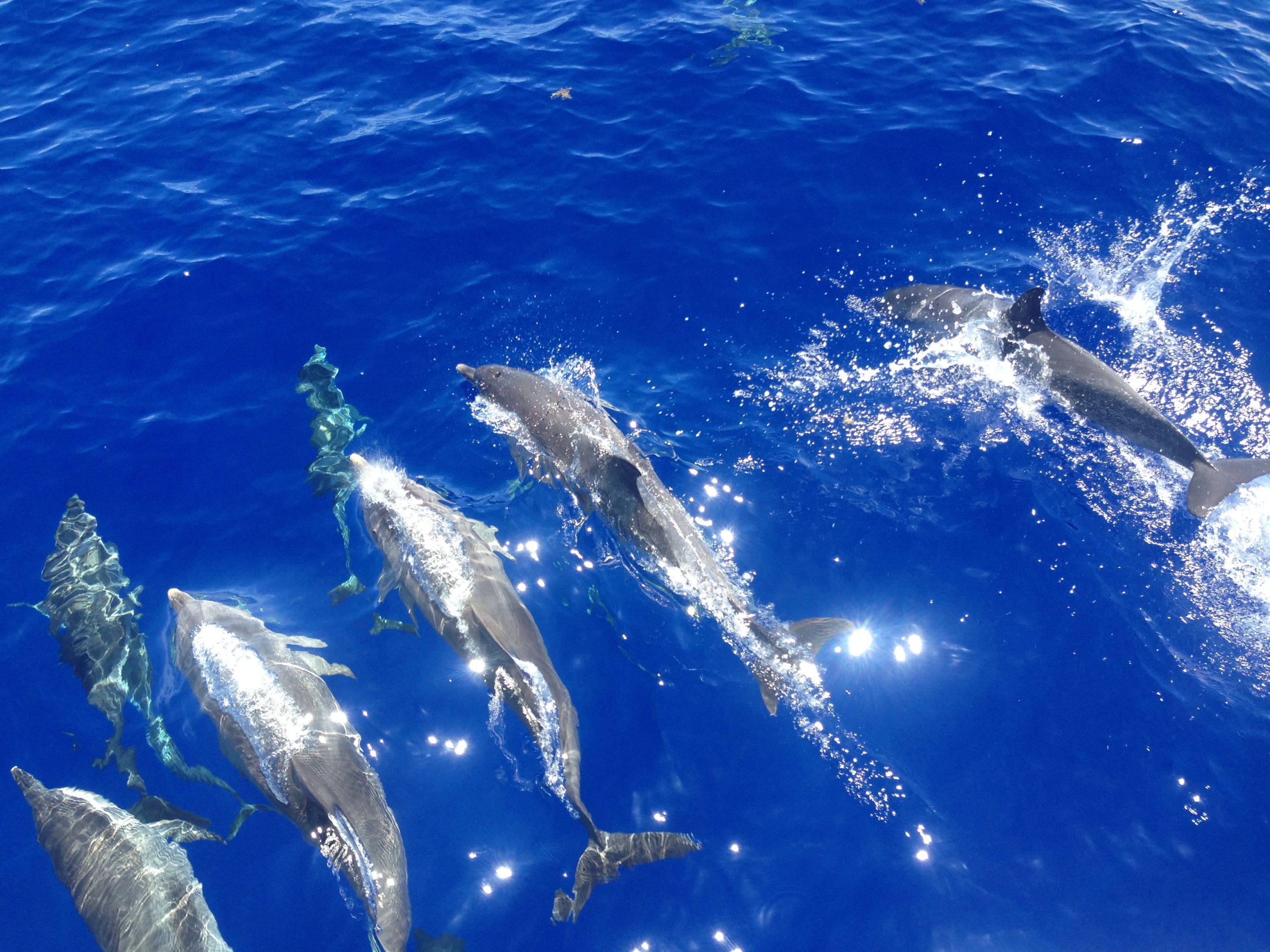 Tomorrow is a big day!
Did Sophie get our messages?
(We’ve sent at least three and have come to know a good portion of the world’s cargo fleet on a first name basis)
Will she still be waiting for us? Even if we are five days late?
The others are all sailing for France.
But what does my future hold?
I’m sat here once more, as I have countless times before, awaiting forecast.
And Bermuda.
A whole new chapter. Again.
This Gypsy life is all too exciting sometimes!